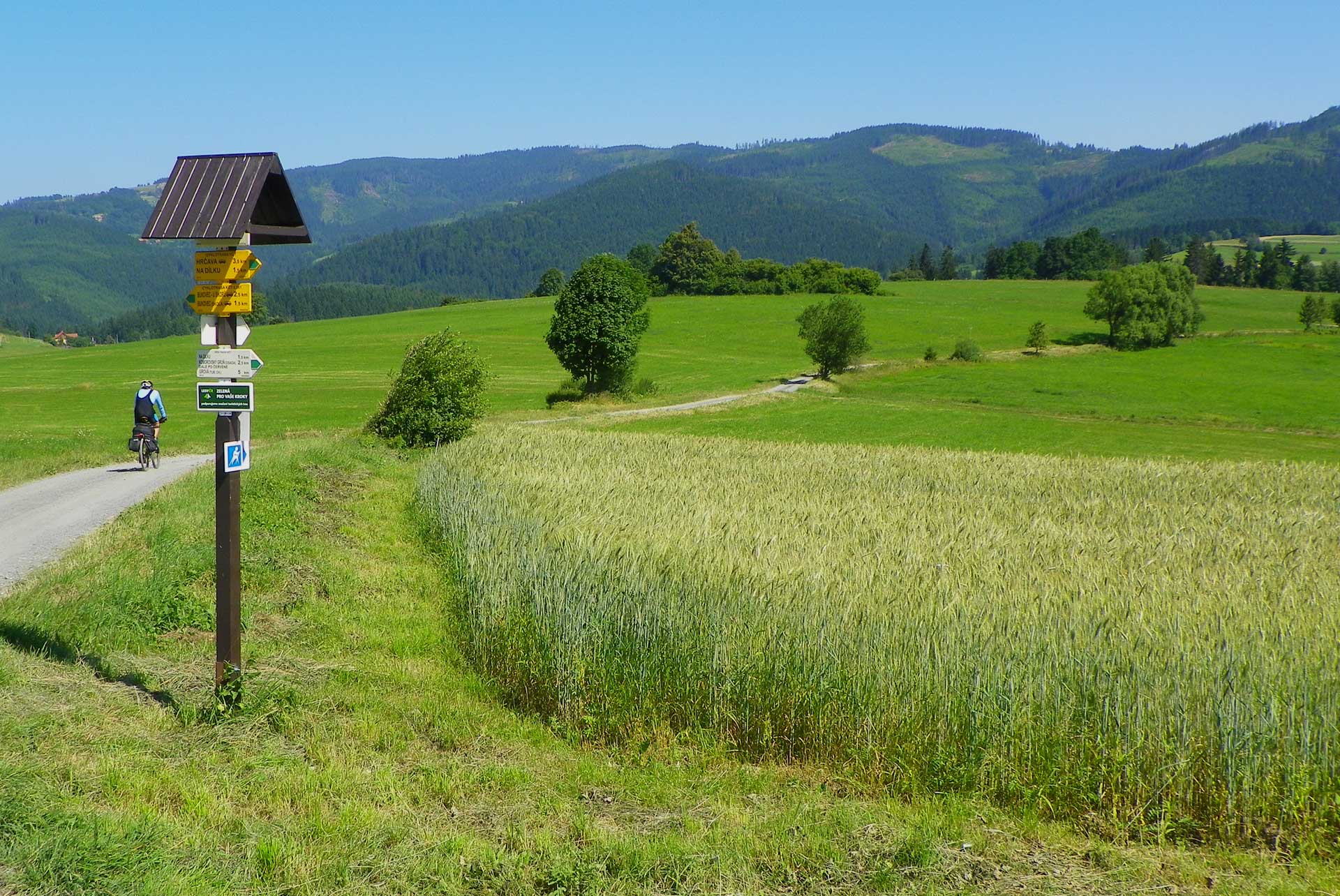 The routes are not marked by special numbers, only by usual numbers - the numbers are listed below in the description of cycle paths along the route.

Wooden architecture routes in the Karviná region and Cieszyn

On the route of wooden architecture - the districts of Karviná and Cieszyn, you can admire preserved original wooden architecture buildings in theTěšín Silesia, but because the route goes around the two water reservoirs you can refresh yourself  by bathing especially in the summer months.

Český Těšín - the starting point of the route, the border crossing with PL, Czech part split in 1920 to become a single town of Těšín (no.6090) - 0 km

It is a medium difficulty route with a length of 71.5 km, which runs along the marked cycling route Regiotour, on the Czech side routes no. 46, 56, 6085, 6086, 6087, 6089, on the Polish No. 24C, 13D and 13Y. The route begins in Český Těšín and Cieszyn in which we do not find wooden architecture buildings but historically valuable buildings and interesting architecture from stone.

It is a medium difficulty route with a length of 47.5 kilometers, which runs along the marked cycling routes Regiotour. On the Czech side they are routes no. 56 and 561, on the Polish side No. 125Z and 24C. The route begins in Jablunkov and then leads to the border with Poland.